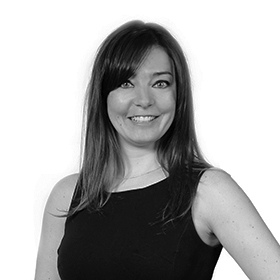 Ms. Gedinsky has been a retail broker for 11 years and has successfully leased well over 700,000 square feet of retail space and counting. As a native New Yorker, Kelly knows Manhattan like the back of her hand. Ms. Gedinsky has become one of the most successful female brokers in the industry and is working with some of the city’s most sought-after landlords and tenants. Some of her notable deals were with Yigal Azrouel, ASICS, CVS, the Gagosian Gallery, Aaron Basha, Ferragamo, QVC, Yves Saint Laurent, Snapchat, Nordstrom Men’s first Manhattan location, while representing SL Green, Atlantic Development, GreenOak, Madison Capital, The Chetrit Group, CB Developers, The Moinian Group and many others. One of Kelly’s most notable project is her experience with the nearly completed leasing of Columbus Square from 97th through 100th Streets on Columbus and Amsterdam Avenues. Ms. Gedinsky negotiated leases with Sephora, Starbucks, Petco, Whole Foods, Home Goods, Verizon, Modell’s, Duane Reade, Michael’s Arts and Crafts, Kindercare, TJ Maxx, Higher Ground, 7 Eleven, Solomon Schechter School, Make My Cake, and Chase Manhattan Bank, among other separate transactions.

Intending to the unique needs and requirements of each tenant and landlord in her portfolio, Ms. Gedinsky has cultivated a comprehensive understanding of major flagship lease transactions, as well as a unique skill in ground-up construction and re-development.

Ms. Gedinsky is a member of Real Estate Board of New York (REBNY) and the International Council of Shopping Centers (ICSC). Ms. Gedinsky Received the Costar Power Broker award in 2014. Ms. Gedinsky was named one of The Commercial Observer’s “20 to Watch in 2012” and one of the publication’s “30 Under 30” and Sokol Media’s 2013’s “Top Women in Real Estate.”

Ms. Gedinsky holds a Bachelor’s Degree in English from the University of Wisconsin- Madison. In high school, Kelly sang Verdi’s Requiem in Carnigie Hall as part of a choir. One of her favorite activities is spending time with her nephew Aiden as well as her family and friends.