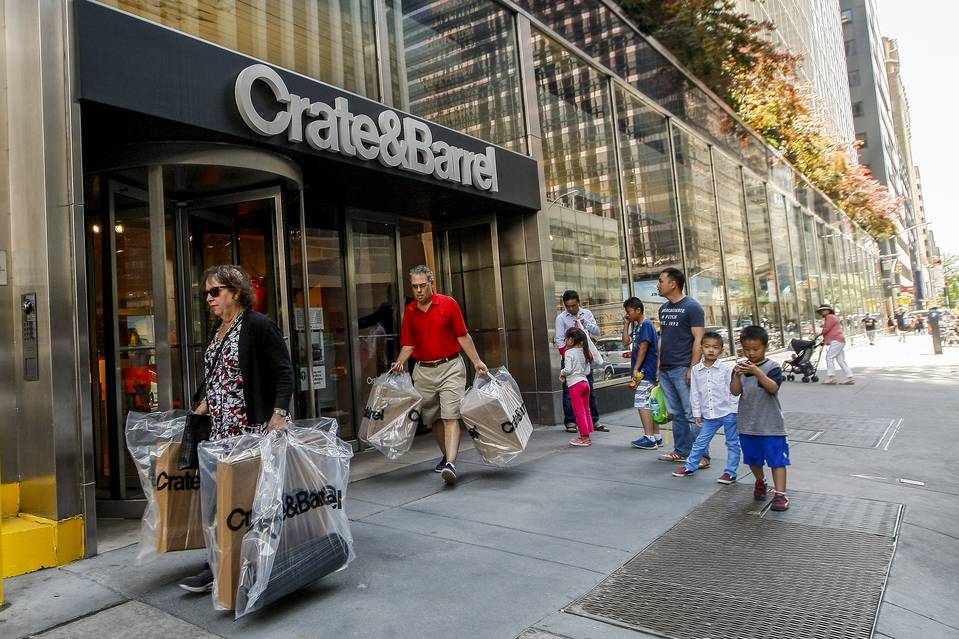 Home accessories and furnishings retailer Crate & Barrel plans to close its Manhattan flagship store in early August after more than 20 years at the Midtown East location, the company said.

Crate & Barrel negotiated an early exit from its lease at 650 Madison Ave., said a person familiar with the matter. The 27-story office tower is positioned between the Fifth Avenue retail strip and Bloomingdale’s department store at East 59th Street and Lexington Avenue.

The lease for the 62,000-square-foot space at the base of the building would have expired in about five years, in late 2019 or early 2020, the person said.

The company, which has slightly more than 100 stores world-wide, saw rents in the neighborhood rising and decided to leave before it would have to face high prices, said another person familiar with the matter.

Crate & Barrel doesn’t have plans to relocate the store, one of two shops branded with the company name in New York City. The closing date is Aug. 2.

“This was a difficult decision and we are grateful to our departing associates for their hard work and service,” the company said in a statement. “We remain well positioned to serve the New York market through our SoHo store, as well as stores in the surrounding area and through our website.”

Most of the store’s 100 employees will be laid off, and some will be placed in other positions in the company, said a spokesman for Crate & Barrel, which is owned by Germany-based retail conglomerate the Otto Group. Those workers who are let go will receive severance packages.

Asking rents for ground-floor retail space in Manhattan have been on the rise for several years. On the Madison Avenue retail corridor, which stretches from East 57th to East 72nd streets, the average price increased to $1,584 a square foot in the first quarter of 2015, an 8% bump from $1,466 a square foot in the same period of the previous year, according to real estate services firm Cushman & Wakefield Inc.

Madison Avenue has become populated almost exclusively by luxury retailers that view the corridor not only as a place to sell their wares but to market their brands, said Chase Welles, executive vice president at real estate services firm SCG Retail. Mass-market retailers with a wider appeal have been moving to Broadway, lower Fifth Avenue and SoHo, he said.

“People who buy their clothes at Barneys are not shopping at Crate & Barrel,” Mr. Welles said.

For the owners of 650 Madison, the early-exit agreement allows for investors to “unlock its value well ahead of plan,” according to a person familiar with the situation. The lease was signed when Madison Avenue rents were much lower than they are now. The space could bring five times the current rental rate, the person said.

Investors led by Vornado Realty Trust, Crown Acquisitions, Highgate Holdings and Oxford Properties Group paid almost $1.3 billion for the tower, according to a Vornado news release in 2013.. The sale produced significant profits for the seller, the Carlyle Group, which bought the building for $680 million in 2008.

At the time of the purchase, the investors told The Wall Street Journal that the skyscraper’s main attraction was its 75,000 square feet of retail space. Investors hoped to greatly increase rents when leases expired. The best use of the space likely will be to divide it and rent it to luxury stores, said a person familiar with the matter.