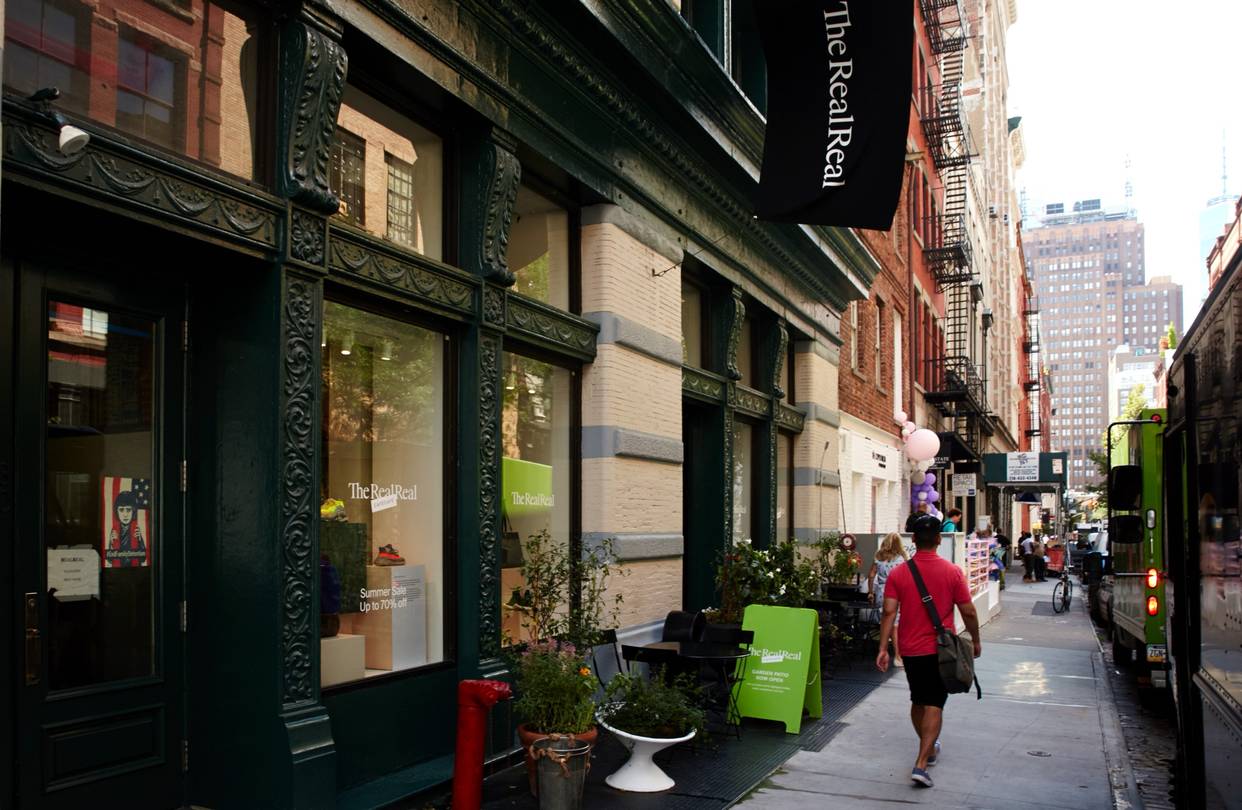 The high-end fashion consignment company RealReal started with a holiday pop-up store in SoHo to get a feel of the neighborhood and later signed a five-year lease. PHOTO: STEVE REMICH FOR THE WALL STREET JOURNAL

Two years ago, executives at the RealReal set their sights on the SoHo neighborhood but weren’t quite sure it was the right fit for a store. So the second-hand, luxury-goods consignment company did what a growing number of retailers are doing in Manhattan: make a deal for a short-term shop to test the market.

“Our model is all about testing things, getting smarter, seeing what’s working and not working,” said Rati Levesque, chief merchant at the RealReal, a seven-year-old company which got its start online. “That’s how we run our website.”

The RealReal opened up a holiday pop-up store in 2016 and proved their hunch was right. The store brought in new customers, deepened the company’s overall engagement with its existing customers and consignors in the region and helped boost their spending and consigning with the retailer, Ms. Levesque said. The following year, the RealReal signed a five-year lease for its store at 80 Wooster St., which also serves as a mini-fulfillment warehouse, Ms. Levesque said.

As uncertainty continues to hang over the retail real-estate market, retailers like the RealReal are finding more opportunities to negotiate commitments as short as a month to three years and dip their toes into Manhattan’s choice shopping districts where rents were once seen as prohibitively expensive. Since 2016, deals for temporary stores for periods of three years or less have increased sharply, according to a new report from real-estate services firm CBRE Group Inc.

The CBRE report counted 53 short-term retail deals in 2017, slightly more than quadruple the 13 counted in 2016. As of the second quarter this year, there were at least 28 short-term deals, keeping pace with 2017, CBRE’s research showed. Apparel was the most active tenant category taking advantage of short-term stores.

A heavy concentration of short-term deals made from the beginning of 2016 through the second quarter of 2018 took place in the SoHo neighborhood, which has been one of several Manhattan areas hit hard by the retail industry’s upheaval. The rapid growth of online shopping, especially in the past few years, has prompted big shifts in traditional brick-and-mortar strategies that have included thousands of store closures across the country.

SoHo notched 20 of the 94 short-term deals in the past two and half years, while the Plaza District, which incorporates upscale Fifth Avenue between 49th and 59th streets, and Upper Madison Avenue recorded nine in the past year and a half, according to the CBRE report. The company cautioned that its data may not have captured all transactions.

“The obvious positive on the tenant side is that they can test the market,” said Michael Slattery, CBRE’s manager of research. The benefit for landlords is, if tenants like the location, they will extend their leases, he said.

Retail landlords who are optimistic that rents will once again rise are willing to make a short-term deal with a good tenant, create buzz in the space and bring in revenues until the market returns in their favor, some brokers said. However, for many owners of Manhattan retail properties, the downside of the short-term deal can come when refinancing a property or selling a property because long-term leases offer lenders and investors more certainty of a building’s future income, real-estate brokers have said. 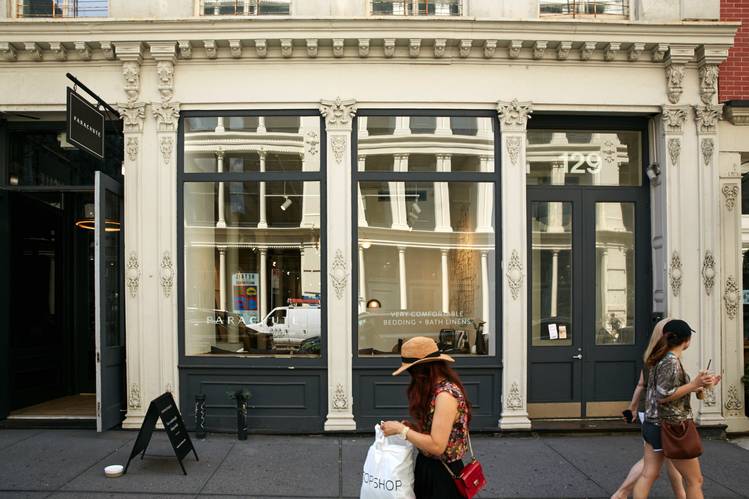 Parachute Home went from being an online only store to having four locations including a SoHo shop, where it has a two-year lease with an option to renew for five more. PHOTO: STEVE REMICH FOR THE WALL STREET JOURNAL

“It used to be landlords would dig in and wouldn’t back off rent that much, but now there are deals getting done,” said David Firestein, managing partner at SCG Retail. “It feels to me that the market is bottoming out.”

Retailers as well as other businesses from technology firms to entertainment companies are making use of shorter-term deals, using retail space as not just a place to sell goods but boost consumers’ awareness of brands, said Ross Bailey, chief executive of Appear Here, a website that allows merchants to search for short-term space, set up viewings and sign agreements. And landlords are using these deals to keep their properties attractive, he said.

“The landlord is saying we have to act more like media, make sure we are relevant to the moment, stay fresh and keep audiences coming back again and again,” Mr. Bailey said.

Companies such as home-goods company Parachute are seizing the moment as they expand and experiment with their brick-and-mortar strategy. Initially an online only retailer, Parachute now has four locations, including a SoHo store, where it has a two-year lease with an option to renew for five years, the company said. It plans to open 20 stores by 2020.

“As the retail landscape is evolving, property owners appear to be growing more amenable to brands, and their desires to be experiential and experimental,” said Ariel Kaye, founder and CEO of Parachute. “They understand the value of bringing in emerging brands who can bring a fresh perspective to the neighborhood.”