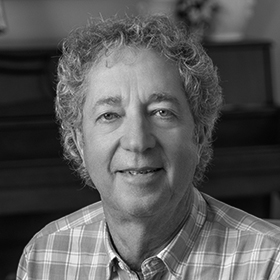 David Firestein is one of New York City’s preeminent retail brokers, a current member of the Commercial Observer Real Estate Power 100, and a current New York Real Estate Board Deal of the Year Nominee. David continues to transform New York City neighborhoods with significant transactions such as the Starbucks Roastery, 20,000 square feet of experiential retail in the Meatpacking District which opened in December 2018. Today, Firestein oversees two metro area offices and a team that exclusively represents a stellar list of tenants including Starbucks, Whole Foods, Sweetgreen, and REI.

Recognized as one of the key contributors to New York City’s retail renaissance, Firestein founded Northwest Atlantic Real Estate Services in 1994 and built the company into one of the city’s top real estate services firms. Northwest merged with TSCG in December 2011, operating out of White Plains. In 2012, he led an initiative to create a new division focused on urban commercial real estate, SCG Retail based in Manhattan.

David introduced Starbucks to the city, where he still represents them exclusively. He’s done over 300 deals with the Seattle coffee purveyor. A leader in the real estate community, he sits on the Real Estate Advisory Committee of George Washington University and is a guest lecturer at Columbia, Fordham and NYU. He was former chair of New York’s ICSC program committee.

He earned a BA from Case Western Reserve University and his MBA from The University of Massachusetts. Prior to starting Northwest Atlantic, he was with Vornado Realty Trust and AMC Theaters.

David is an active tennis player and continues to support the New York Knicks despite his better judgement. His favorite Starbuck’s order: Flat White.