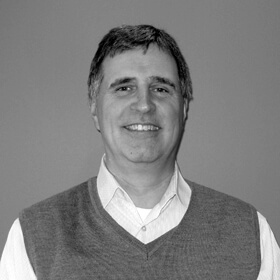 Kevin was born in upstate New York in a picturesque village on the Hudson but soon matriculated to the mid-west as part of an early sixties VW bus transcendental road trip. The family settled in the river town of Louisville and later found their way to the metropolis of Floyds Knobs, Indiana where he still resides. As a partner in the Kentucky office, he is involved in site selection and market analysis for national, regional, and start-up retailers, as well as landlord services throughout the Commonwealth of Kentucky and Southern Indiana. He has been in the commercial real estate business since 1987 and has been exclusively working the retail segment since 1991. He joined TSCG in 2006 when he assisted in opening the Kentucky office. Kevin received a liberal arts degree from Hanover College (Go Panthers!) with a focus on business and history.

When not touring around Kentucky with various retailers or landlords, Kevin can be found at University of Louisville games, enjoying the arts the city offers, or dining at one of the many outstanding restaurants in the region.  Kevin is a proficient chef and a terrible golfer but has fun at both activities although the results are preferable at the former.