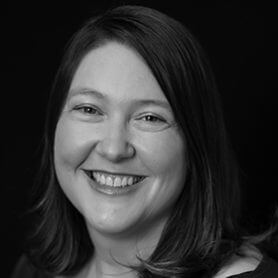 Lesley Ramey joined TSCG working part-time in 1990 when the Virginia division was first opened.  Following her college education, she joined the Norfolk office full time, in 2006, as a full-time Agent.  She quickly became the go-to Agent in the Norfolk office for any information clients needed.  In 2012, Lesley realized her love was on the GIS side and began mapping full-time.

Lesley graduated from Christopher Newport University with a Bachelor of Science degree in Computer Science and has now started working towards her master’s degree in GIS online through the University of Denver, while she continues to support agents with research, custom maps, aerials, and all that GIS has to offer.

Lesley is a huge football fan of the Pittsburgh Steelers and Clemson Tigers!!  If you cannot find her on Saturday and Sunday during football season it is because she is watching the games!  She also enjoys bowling and spending time with family and friends, which includes traveling around with her son’s hockey team.  She also is an NHL fan (NHL might start topping NFL soon, but never College Football); most particularly Pittsburgh Penguins!