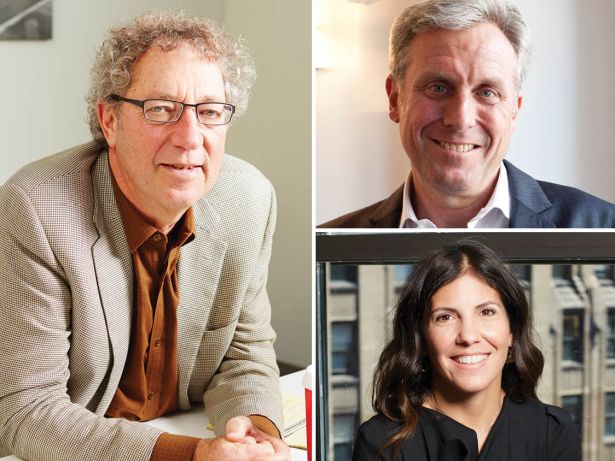 Ah, the salad days of 2019, when Jacqueline Klinger, a partner at SCG Retail, brought Sweetgreen in to 7 Penn Plaza, and Klinger and partner Chase Welles brought Whole Foods Market to 63 Madison Avenue. “This space at 63, we looked at it for the first time maybe 10 years ago,” Welles noted. “As the office population has flowed toward Madison, we were standing there and realizing how much traffic there is on East 28th Street, and we said, ‘This looks better every day.’”

Klinger said, “I’m seeing a lot of my tenants adapting. I was lucky because I have such great tenants — Sweetgreen to Sugarfish to Whole Foods — obviously Whole Foods is an essential business. But Sugarfish and Sweetgreen are set up to use cutting-edge technology for delivery, so they were set up to handle takeout and delivery before this.” She continued, “And of course they’re best in class, so they will survive all of this. That’s the good news.”

Speaking of best in class, Firestein is known for his Starbucks deals — he’s brought the coffee chain to more than 300 locations in New York City. And even in the middle of the pandemic managed to nail down a massive lease in the Empire State Building. (It was in the works well before the coronavirus hit.)

“I’m proud of what they’ve done,” Firestein said. “They’ve reopened 90 percent of their stores in the city. The ones in the commercial districts are still very slow. The ones in the neighborhoods are doing better. But they’re not doing it to make money; they’re doing it for the community and for their employees.”

He continued, “New deals are slow and gentle. We’re doing smaller stores where people pick up. We had opened a couple of those pre-COVID, and now we’re doing it much more aggressively.”

And to show space? The SCG Retail team has a new, old solution: the bicycle. “Every other week I’m doing the tours on bicycle. It’s kind of fun,” said Firestein. “I’ve been doing this with Starbucks a long time, 28 years, but I’ve never done a bike tour until now, so that’s how we’re doing it … at least while the weather is nice.”—A.R.